The first Consulate ever established in Nevada was confirmed by exequatur of President Dwight Eisenhower in January, 1956.  But even that early date was 12 years after Honorary Consul of the Principality of Monaco Henry Leigh Hunt had afforded the development of the Huntridge Theater in Las Vegas, named for his father, known as the first VIP of Las Vegas, Leigh S. J. Hunt. 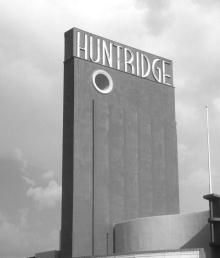 70 years old and closed for many years, the 900-seat Huntridge Theater has recently enjoyed the attention of preservationists interested in re-opening it as a flexible performing arts space.  Successful downtown Las Vegas Entrepreneurs Joey Vanas, Michael Cornthwaite and Rehan Choudry contracted to purchase and renovate the property, and began a public campaign to raise the initial funds.  My family and I decided to get involved as well, which columnist John Katsilometes kindly covered.  The fundraising campaign hit its goal yesterday.

Recently I was invited to join the principals of the project to view the interior of the Theater, with the woman who ran it for decades, Edythe Katz, who was introduced to all of us by Las Vegan Tiger Todd, Founder and CEO of Hero School.  The historic tour of Mrs. Katz was covered in the Press by Joe Schoenmann.

From Washington, D.C, Mrs. Katz and her late husband came to Las Vegas long before the civil rights movement, and were known for making the Huntridge the first racially de-segregated theater in Las Vegas.   She was as quick-witted as ever as she sat and took in the surroundings which she had not seen in many years.

Much has been written about the run-down condition of the Theater, used as a furniture store warehouse for years.  As Mrs. Katz pointed out, it isn’t pretty.  But I must say I was pleasantly surprised by the updated (1995) steel beam roof system, insulation, ductwork plumbing and catwalk system.  The last time I had been in the theater with proprietor Richard Lenz in 1991, none of this was yet constructed.

When Mr. and Mrs. Katz de-segregated the Huntridge Theater, they continued a long line of progressive thinking attached to that Structure.  Namesake Leigh S. J. Hunt was the first white business partner of Booker T. Washington.  Developer Henry Leigh Hunt was highly decorated by the French military in WWI for his service in the American Expeditionary Forces at the Second Battle of Marne, France, where Captain Hunt and the American Buffalo Soldiers of the 92nd Infantry helped to hold the German Army from Paris.

“I remember when back in Washington, D.C. there were two water fountains – ‘white’ and ‘colored’,” Mrs. Katz told me, ” I thought the water was colored.”

Mrs. Katz told said she would like to be invited to the grand opening.  I look forward to seeing her, and many others there.